Government agencies send sensitive data via their networks on a daily basis to perform tasks including conducting surveillance, transferring military communications, and providing municipal broadband. The wrong network setup can spell disaster in the event of a malicious attack or data leak. Government organizations require reliable networks to prevent downtimes which can have lasting impacts on jobs, citizens, and the economy.

Government agencies are among the top three targeted entities for data breaches largely due to the sensitive data and records transmitted via their networks and stored on their servers. Data breaches can expose personal identification data and cost public sector agencies millions.

The average cost of a data breach is $3.9 million, costing organizations an average of $150 per record lost. Data breaches can also go undetected for several months, increasing the severity of the attack, taking an average of 279 days before they are identified and contained.

Government organizations often prioritize network reliability, security, and speed when choosing the right setup. The two most common forms of networks that promote government network security are wavelength services and switched ethernet. Although not as common, some larger municipalities opt to use dark fiber for cost-savings and virtually unlimited capacity so long as they keep upgrading their equipment.

Here is what to consider when choosing between the top three setups for government network security:

Wavelength services are designed for speed and security, which are two of the main requirements for any government network setup. The service allows organizations to reliably receive the speeds they require because they lease a wavelength of light for transmitting data along a fiber optic cable, usually managed by a managed network services provider (MNSP).

Government agencies using wavelength services receive a cost-effective setup optimized for private and reliable data transfer. Since wavelength setups require investments in both network equipment and IT staff to operate the network, the service is a good fit for larger agencies or municipalities with multiple locations to serve.

Since ethernet is a physical cable-based connection, it is harder to access and potentially hack compared to wireless networks, which extend outside of agency walls. A malicious attacker would need to gain access to the network source’s physical location and connect from the inside in order to successfully hack into an ethernet setup .

The service promotes secure networks because it’s managed and controlled by the government agency, with little involvement from a MNSP. Organization staff members operating dark fiber are the only ones with visibility into what data is being sent or received in the network. Dark fiber also enables public sector agencies to continue to expand capacity with each network equipment upgrade.

MNSPs take some of the security burden off managing networks so government agencies can focus less on network troubles and more on their crucial public sector responsibilities. In general, municipalities are responsible for choosing the right equipment, such as firewall, routers, and switches, to control and enforce network access and communication protocols. A MNSP adds an additional layer of security by hosting networks in hub stations where only their employees can gain access.

Since networks are kept separate from the provider, MNSPs act as a great backup or secondary service. If a person tries to break into a cable network provider’s service, they are unable to access data transferred via a MNSP network route without also hacking from that source too.

Download the Network Solutions Overview to learn how partnering with a MNSP can promote government network security.

HAVE QUESTIONS?
Let's get in touch

Looking to Request a Quote? Fill out this form instead.

How to Strengthen Tech Startup Security Against Cyberattacks 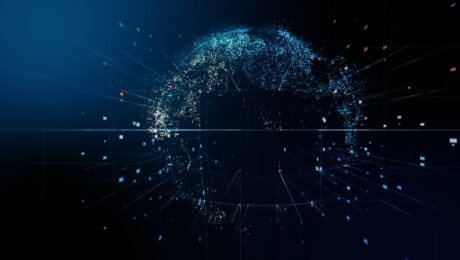